CEO Erik Bush said a majority of the funding would be used to support growth, sales implementation, software development resources and hiring. The round was supported by the company’s existing investors, who Bush said are primarily located in the Southeast. Demand Driven Technologies plans to complete its Series A round in 2020.

“We have seven more hires planned for this year and in 2020,” he said.

Founded in the fall of 2011, Demand Driven Technologies was bootstrapped for six years before its first VC round in 2017 through Mosley Ventures in Atlanta and other investors. The company caters to close to 90 enterprises around the world, including clients Michelin Tires and Coca-Cola of Africa.

“Our software is based in the cloud and we’re a leading provider of a new method called the Demand Driven MRP, which allows companies to pace their materials to actual demand in the market versus using forecasts which are inherently inaccurate,” Bush said. “The results are that they superior on-time order rates as well as reducing inventory in the same stroke.”

Next steps for the company include finding a new space or expanding their current space to accommodate new hires, Bush said.

Atlanta, Bush said, not only has the best airport to bring clients in and out of the city, but a great tech environment for companies like Demand Driven Technologies.

“We’re trying to do something that the big ERP systems have failed to do, which is to improve their customers’ performance in key areas of material planning and production scheduling,” he said. “We’re swimming against the tide if you will. So we really need people who care about delivering a tangible and sustainable result for their clients, who always get the needle to move, and I think there are a lot of people with those kind of values here in Atlanta, so that’s another good attribute that makes it a great place to house a company.” 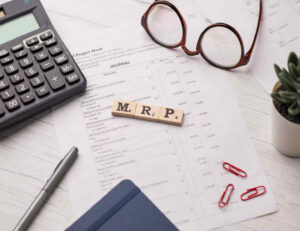